During the 1960s, as traffic volumes began to increase, it became necessary for their movement to be managed so that jams did not form at junctions. Policemen did the job initially but eventually, traffic lights took over the task and provided management for 24 hours, rain or shine. However, along some roads like Jalan Mountbatten (Jalan Tun Perak today) in Kuala Lumpur, there were a number of junctions so traffic would move forward and then have to stop after a short distance. Then someone did some calculations and synchronised the green lights to occur at specific intervals so that if a car travelled along at a moderate speed, the driver would not have to stop as the lights would be green. Thus was born the ‘Green Wave’ system which was used on some Malaysia roads.

That system was a very simple one of just synchronising the traffic lights and today, with the availability of networked communications, a ‘Green Wave’ is possible on certain roads in two German cities. At Ingolstadt and Dusseldorf, Audi’s Traffic Light Information enables Audi drivers to see information from around 150 traffic lights in their cockpit, thus increasing their chance of catching a “green wave”. 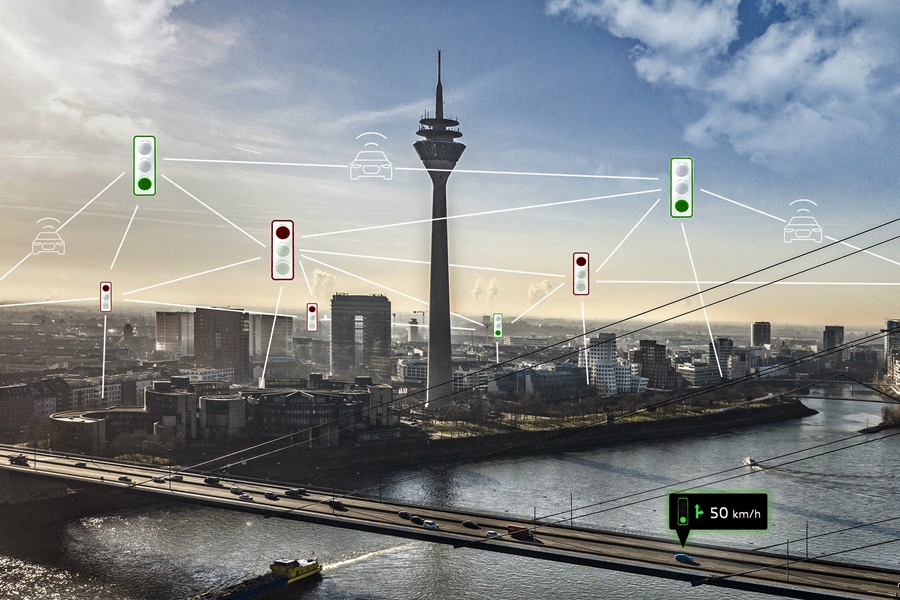 By the middle of this year, most of the intersections in Dusseldorf – approximately 450 out of a total of some 600 installations – will be networked. Vehicle-to-infrastructure (V2I) services like Audi Traffic Light Information will help increase efficiency, convenience and safety on the roads.

Audi Traffic Light Information consists of two functions: Green Light Optimized Speed Advisory (GLOSA) and Time-to-Green. GLOSA calculates the ideal speed for getting a ‘green wave’. For example, if the function indicates the applicable speed limit, the next traffic light will be reached when it is at green. 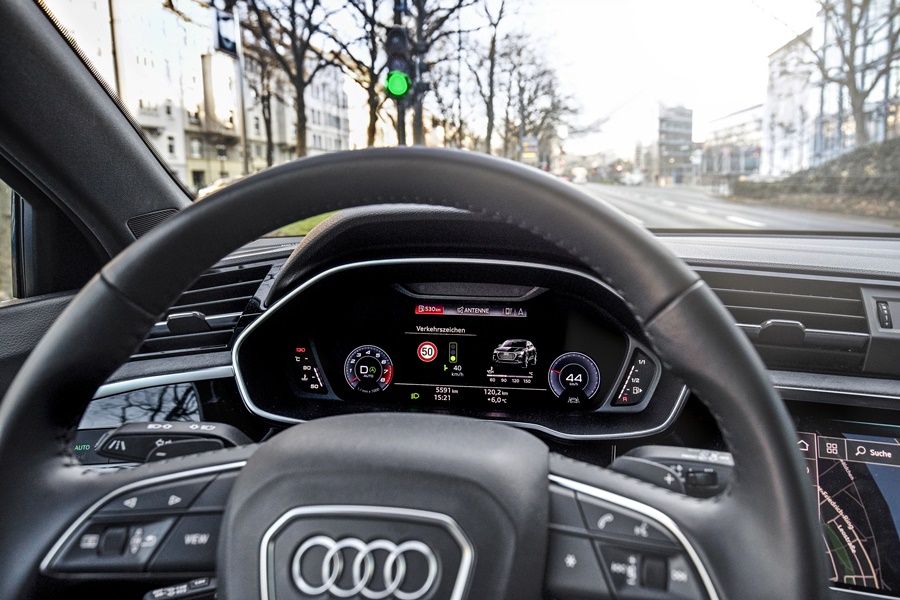 Drivers do not have to accelerate unnecessarily, they are not stressed, and they drive more safely. GLOSA can also suggest reducing speed gradually about 250 metres ahead of the traffic lights so that the driver and the cars behind reach the intersection when the lights turn to green. This reduces uneconomical stop-and-go traffic.

If stopping at a red light is unavoidable, a countdown displays the seconds remaining until the next green phase begins (Time-to-Green). Drivers can relax, take their foot off the pedal and save fuel. A number of studies conclude that drivers will be able to move through cities more efficiently with networked traffic lights. In a pilot project, Audi vehicles had reduced fuel consumption by 15%. 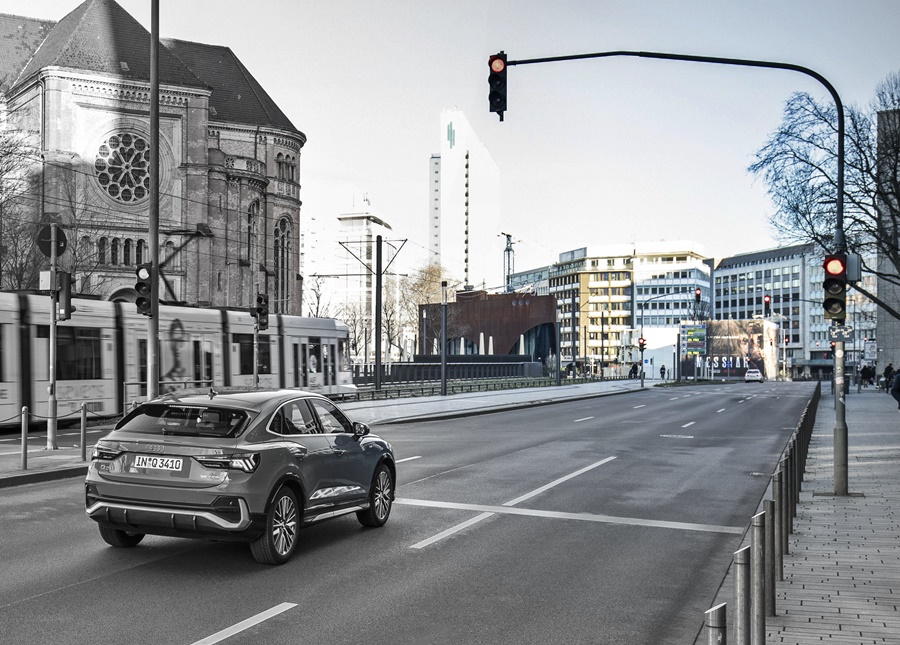 “With Audi Traffic Light Information, we wish to improve convenience for drivers, increase traffic safety and encourage an economical style of driving that looks ahead,” said Andre Hainzlmaier, Head of Development for Apps, Connected Services and Smart City at Audi.

“To do this, we have to predict precisely how traffic lights will behave in the next two minutes. At the same time, exact forecasts are the biggest challenge. Most signals react variably to traffic volume and continuously adapt the intervals at which they switch between red and green,” he said. 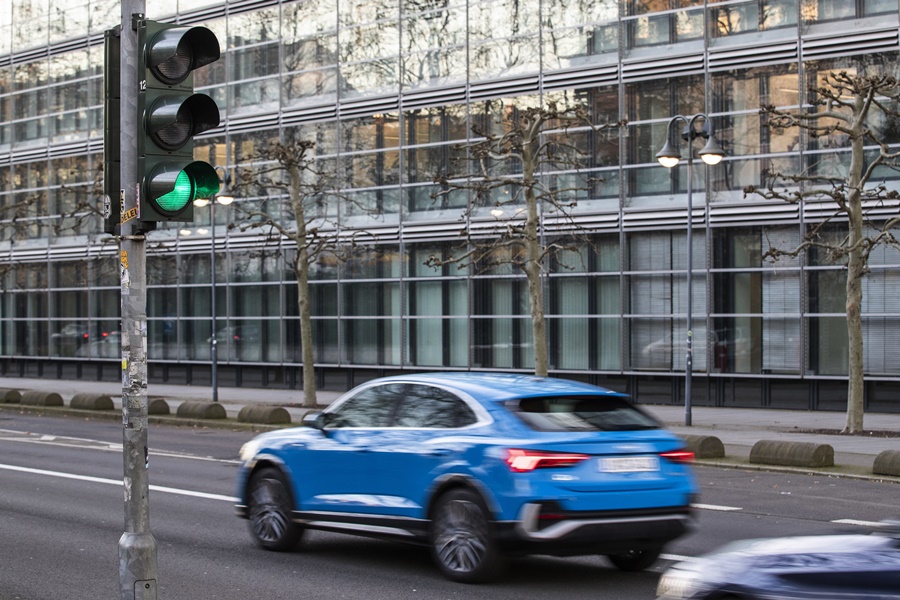 Audi and its project partner, Traffic Technology Services, have developed a complex analytical algorithm that calculates exact predictions from three sources: from the control program of the traffic signals; from the real-time data of the traffic computer, a combination of road-occupation cameras, detector strips in the road surface, data on approaching buses and trams, and buttons that pedestrians press; as well as from historical data. The forecast algorithm improves itself continuously and learns how, for example, the traffic volume changes in morning commuter traffic or at midday when children leave nurseries and schools.

Audi Traffic Light Information premiered in 2016 in Las Vegas. Today, this V2I service is available at more than 10,000 intersections in North America. The carmaker is also the world’s first automotive manufacturer to network its series-production models with city traffic lights. Its system, available only in a few countries at this time, operates in all Audi e-tron, A4, A6, A7, A8, Q3, Q7 and Q8 models produced since mid-July 2019.